A new wave of hip-hop

There is no denying the influence that SoundCloud and the internet at large has had in facilitating the globalisation of hip hop not just in Australia, but worldwide. Speaking about this change, rapper and founder of local hip-hop website AUD’$ Juñor said, “a lot of the new artists are ‘born on the internet’. Internationals like Childish Gambino and Mac Miller (RIP) really found their sound on the internet. Their influences aren’t restricted by their local sound, area or base. And that’s kind of where this generation of Australian artists sits in the hip-hop community as well”. When asked about the importance of the internet, Melbourne artist Midas.Gold said, “quite simply, I wouldn’t have a career without it. It’s been fundamental. I think the vast majority of artists today come from the internet”. 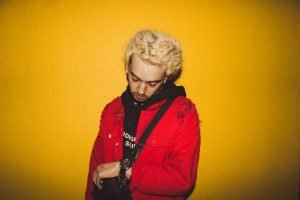 According to Juñor, the first wave of this new trend of hip-hop in Australia began to really take off around 2012-2013. Artists such as Remi, Allday and Tkay Maidza began to utilise this platform and find their own place in the world of hip-hop. Juñor said, “they really started to change the sound and influence by using, for example, the twangs in their voice to have a much more international and unique sound than most of the Aussie hip-hop that was being released at the same time”.